Flat floor tractor is universal in European rod logistic transport area nearly 20 years. But who is the first model to adopted with it?

Speaking of this, many truck friends will thinks about VOLVO FH12 series truck were launched in 1993. Actually, the AE series truck model which launched by RENAULT in 1990 is the leader of European comfort truck.

Speaking of Renault flat floor tractor cab truck, many truck friends will think of the classical model Magnum of this brand involuntarily. This name was not use until 2000. It’s predecessor, the AE series, is the classic of this model.

The first generate AE model already adopted pure flat floor cab when it was born. Even in today’s mainstream flat floor tractor in Europe, only BENZ ACTROS can do that. In addition, the four-point airbag suspension design is equipped to effectively filter the bumpy feeling under load conditions, which greatly improve the driver’s safe life space in an event of safe accident.

Renault AE and Magnum series model which change the name after 2000, both adopted same cab sheet. A cab has a service life of 22 years since 1991, which has indeed benefited a generation European truck driver in terms of comfort. 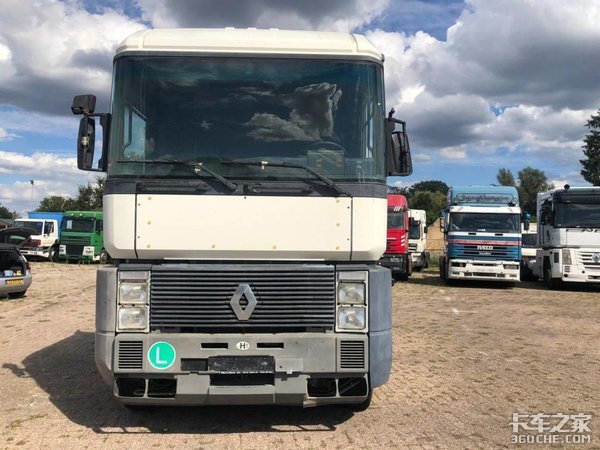 The first AE model adopted the front-face design which familiar with cab sheet. Such as, the matrix headlights are in the shape contrast with the European truck’s streamlined headlights mainstream in European truck today. Flat middle net adopted the design which same with shutter-style waterfall stripes. The rhombus truck logo in middle more beautiful. The bumper bottom used single-sided matrix fog lamp, it is outstanding when drive at night. 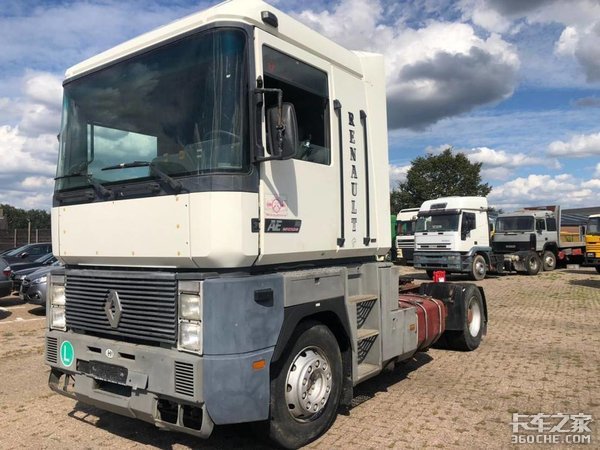 The biggest feature of this model is not only the squareness, also the difference in the way it gets on the truck. The three-layer foot steps is placed behind the steering hub. There are two double metal handles on the side of cab. These two design is close with the Agassi models produced by the American Fleiner brand. 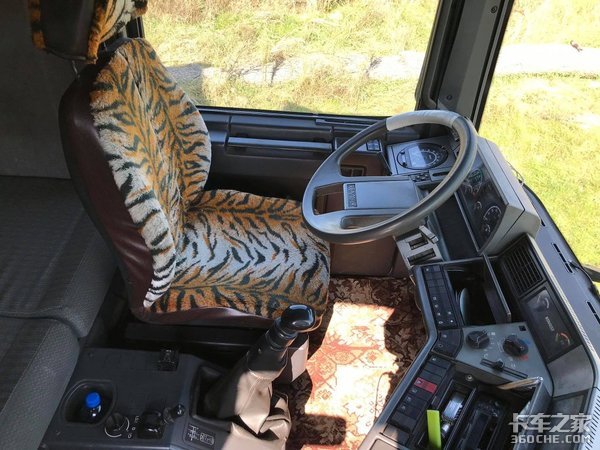 The various function buttons of the surround center console are reasonably coded on the lower edge, and the driver can operate at any time during the daily driving. The manual constant temperature air conditioner adopts a knob design, and the multi-angle ventilation adjustment is extremely comfortable for long-distance driving.

This model’s locker, media entertainment adopted hidden design, it look regular when it in seal status. The instrument panel adopts a vertical design of almost 90°, with a tachometer and barometer on the left, a water temperature gauge in the middle, a red STOP warning switch on the top, and a speedometer and fuel gauge on the right.

In fact, Renault brand truck’s explore in comfort term as a milestone of European mainstream brand truck. In the development of ten year as a day, this brand also focused on the innovation and development of energy-saving, emission-reducing, and noise-reduction vehicles under new regulation. 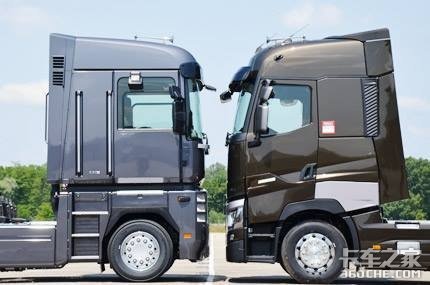 Want to join the discussion?
Feel free to contribute!

How did the German factory build trucks! MAN’s manufacturing process was...